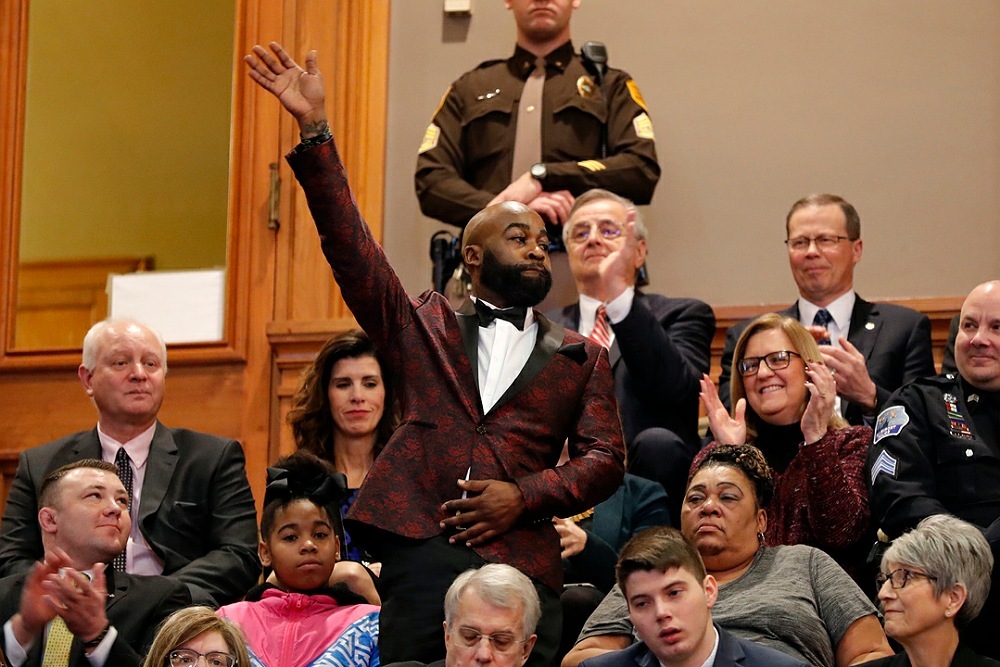 “William Burt had a great idea, and today we changed an outdated law to help his vision become a permanent reality,” said Gov. Reynolds. “William’s story is a testament to the power of redemption and how second chances can spark real change. I want to thank William for spearheading this legislation, putting in the work to get this done, and being an incredible advocate for his community.”

"This means that I now have the chance to get to work and serve the people that have been underserved,” said William Burt. “I'm finally free! I would like to thank Gov. Reynolds, Americans for Prosperity, my community, the legislators and the state of Iowa for the opportunity to pursue my dreams."

SF 155 was a result of William Burt story, a returning citizen who decided to use his second chance to make a difference for himself and the community. Since being released from jail in 2008, he got his barbering degree as well as a bachelor’s and master’s degree from UNI. His mobile barbershop helps underserved people in Waterloo, such as  low-income households and veterans with disabilities.

SF155: an Act relating to the practice of barbering in movable locations and including effective day provisions.

Original source can be found here.

Want to get notified whenever we write about Iowa Governor's Office ?

Sign-up Next time we write about Iowa Governor's Office, we'll email you a link to the story. You may edit your settings or unsubscribe at any time.